FINCH review. Not much to chew on. 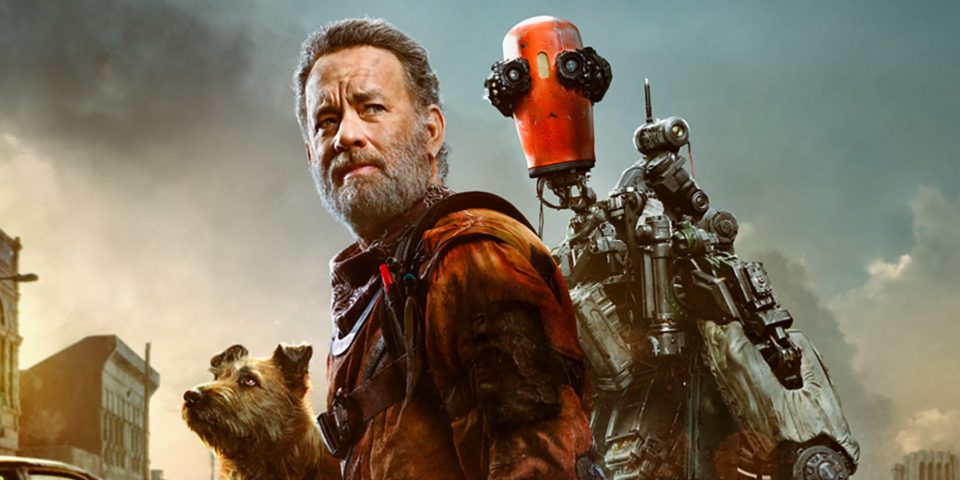 FINCH proves one thing. Tom Hanks remains an American treasure. Like being an outcast on a desert island, Finch is an outcast in the Apocalypse. Instead of Wilson the volleyball, Hanks creates Jeff, the robot. But unlike Castaway, FINCH doesn’t have any heart. We never learn what FINCH left behind, why he is where he is (Some big time place that he can build his own robot?)

But by the time FINCH builds his robot Jeff, just to take care of his dog, we, as the audience, don’t give a shit. The audience has not yet cared about Hanks, or his dog, and therefore we don’t care about the robot, Jeff.

There is ONE. count them, ONE tense moment.

Midnight Mass… Loved it, but it gave me PTSD. 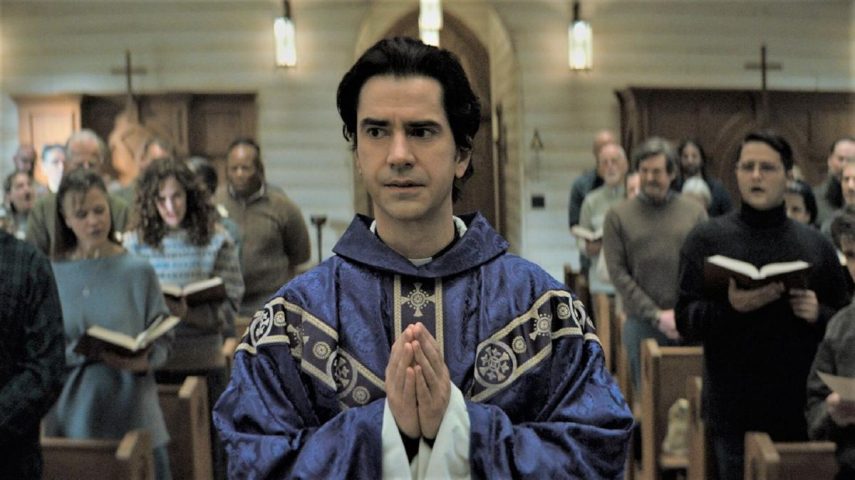 Here’s a quick warning. If you grew up Catholic, or Got forbid, an Alter Boy (like me) then this series will cause you serious PTSD. The writer/director Mike Flanagan obviously did a deep dive into the Bible to make this series jive with what is… or might be… vampire culture.

Intrigued? So was I. And WOW, this is a great series… at least for the first 4 episodes.

The series takes place on a remote island, population 127, a couple miles off the “mainland”. The Mainland was never identified, so it could be off Maine, or maybe Newfoundland, based on the climate and cultivation. The main island, where the people live, has a northern island above it, which seems to be populated by feral cats.

The main island soon sees hundreds of cats wash up dead, seemingly to be devoid of blood. At the same time, a new priest comes to the island, to replace the old priest who is in the hospital on the mainland. Suddenly, the small town experiences large miracles as small, the crux being everyone starts to feel just a little bit better.

The mystery is wrapped up in characters that are nuanced, deep, and people that are real, and that you will care about. The last 2 episodes are weak, because that’s when the payoff occurs. And the payoff sucks. It’s pedestrian. It’s standard.

That’s the bad news. The good news is, that the first 4 episodes are FANTASTIC.I love all the characters, the slow burn, the development. and the SLOW reveal.

I have read a lot of reviews praising the long speeches. I guess these reviewers are not aware of the Catholic religion, because these “long” speeches are not speeches at all, the are HOMILIES. THIS IS HOW PRIESTS TALK.

But this leads me back to being an Alter Boy. It takes a TWISTED kind of mind to take the Bible and twists it into horror. I APPRECIATE IT, but it still was a bit hard for me to watch.

Am I being cryptic? Of course I am. WATCH THIS. I loved the acting and writing so much. The series ends with not much hope of a second season, and I am fine with that. I don’t think I could take a season 2.

Army of Thieves is… good? (A Walrus Review) 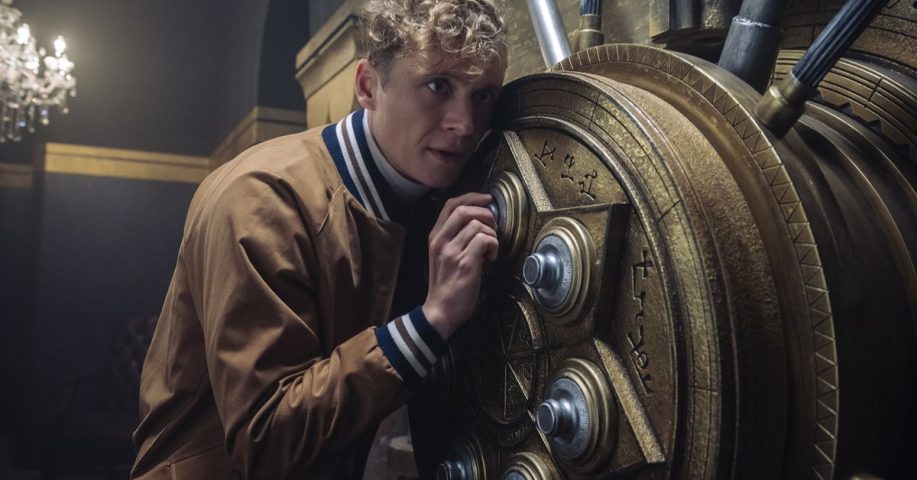 If you watched Zach Snyder’s Zombie Heist movie, Army of the Dead, you were introduced to the character of Sebastian, aka Ludwig Dieter. The character was certainly not a standout in that film, and if you were like me, and heard that a prequel starring him, you said to yourself… huh? But hold on. Because this quirky character gets his time in the spotlight, and with that spotlight, he actually becomes lovable.

Written by Zack Snyder and story by Shay Hatten, this movie highly benefits by the fact that Zach Snyder DID NOT direct this, but is directed by Matthias Schweighöfer.

A prequel, set before the events of Army of the Dead, which focuses on German safecracker Sebastian joining a group of thieves on a top secret heist during the early stages of the zombie apocalypse.

The cast is great, headed by Matthias Schweighöfer as Sebastian, a goofy guy with a boring job, who just so happens to be one of the world’s greatest safe crackers, due to the fact that he was bullied as a kid and took up the hobby of safe cracking since a child.

This trope of a man that can crack safes just by putting his ear to the side of a safe is interesting at first, due to the POV of the camera going through the safe interior and seeing the gears wind and snap into place. However, this becomes tiresome by the films end.

Sebastian is tasked to open 3 safes, all made by a famous safe-maker. Each safe tells its own story, each quite interesting, but each becoming less interesting as the movie goes on.

However, the character of Sebastian is fleshed out enough, that you tend to fall in love with him, even if the actor’s performance is, at times, over the top.

Nathalie Emmanuel (of Game of Thrones) plays Gwendoline Starr, the leader of the team, and the grounding force. At times, she is pure joy on the screen and effervescent.

Stuart Martin plays the “mini Wolverine” of the team and Korina Dominguez plays the “sexy” hacker. These characters are cardboard cut-outs to be sure, but based on the overall feel of this film, they fit right in to the absurdity.

This is a classic Saturday Matinee heist film, and that’s how you should watch it. Grab yourself a blanket, cuddle up on the couch on a weekend afternoon, and enjoy this mindless romp. Thumbs up for me.

ARCANE is a Masterpiece. (The Walrus Review) 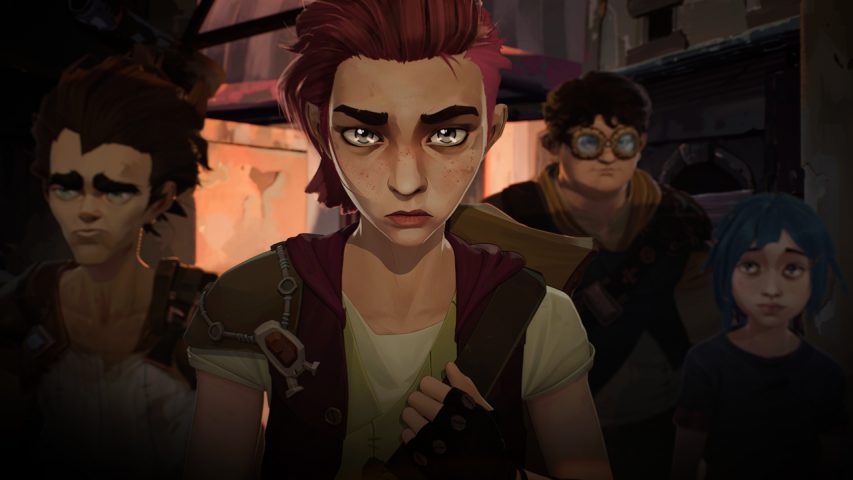 Netflix has dropped the first 3 of 9 episodes of the series called Arcane. (With the next 3 dropping next week and the week after.) Arcane is based on a video game, which I am unaware of, but don’t let that shy you away from this groundbreaking animated series. With a mixture of 2D style and 3D rendering, Arcane is truly breathtaking to behold, and a master work of pure artistry. That would be enough to recommend this series, but to my surprise, this series has amazing depth, character development, and heart.

The series is about Vi and her sister Powder, orphaned in a civil war between the underworld oppressed and poor people and the above world, filled with the rich, powerful and privileged. They are raised by Vander, defacto ruler of the underworld, and bar owner. He helps keep the peace. Vi and Powder have two other rag-tag friends, and the four of them survive by thieving and pillaging. One day, they stumble across a score that they didn’t expect, and end up pilfering something more powerful than they could ever have imagined.

Episode one is your standard fare, establishing our main characters and their back stories. Episode two delves deeper into the overall mythos of the series, as we are introduced to magic. But it is episode 3 that will really reel you in.

Operating at breakneck speed, and throwing our characters in directions that you will not see coming, all while bringing amazing action sequences, and heart breaking consequences.

The world building in this series is superlative. Each scene drawn in painstaking details, from rooftops to railings, to great halls and dive bars. The costume design is articulate and beautiful, with each character having their own style and grace. From their mannerisms to the way they walk and emote, it is all so beautiful, I never wanted to blink, as to lose one second of what was on screen. This is the type of series that you could watch 10 times over and pick up something new.

The relationships between the main characters is beautiful and touching, and episode 3 almost brought me to tears.

And this is just the beginning. Don’t be fooled by the ages of the characters in the first 3 episodes, this is not going to be just about kids. Episode four takes a big time jump as we now join our characters as they are much older.

I haven’t been blown away by animation like this since AEON FLUX. This series is a MUST and I give it the HIGHEST of recommendations. A true work of art. ARCANE IS BREATHTAKING.