What comic book did Spider-Man first appear in? 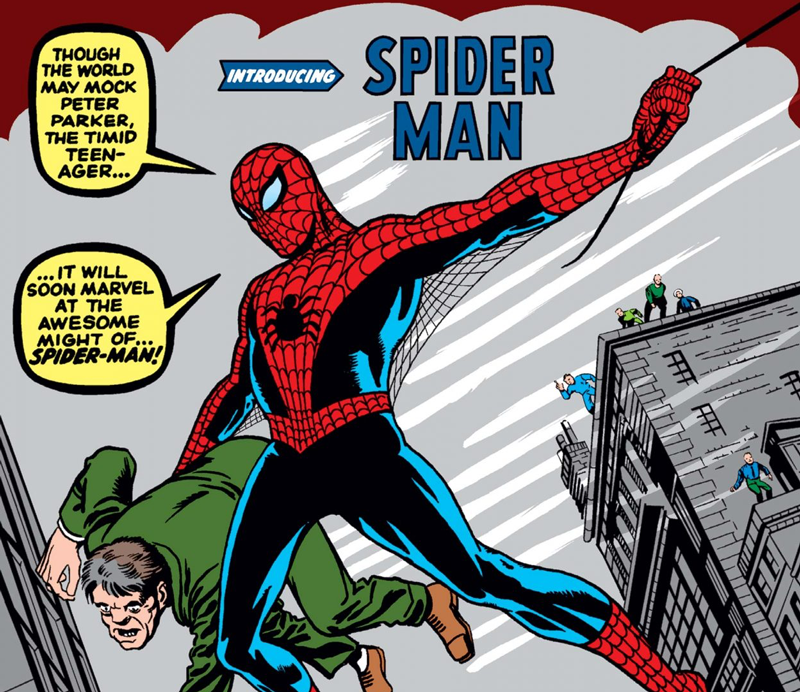 Who was the first super-villain Spider-Man ever encountered? 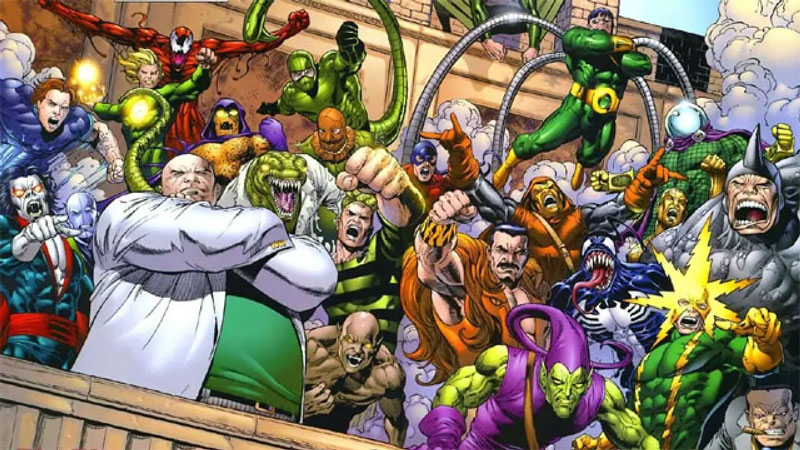 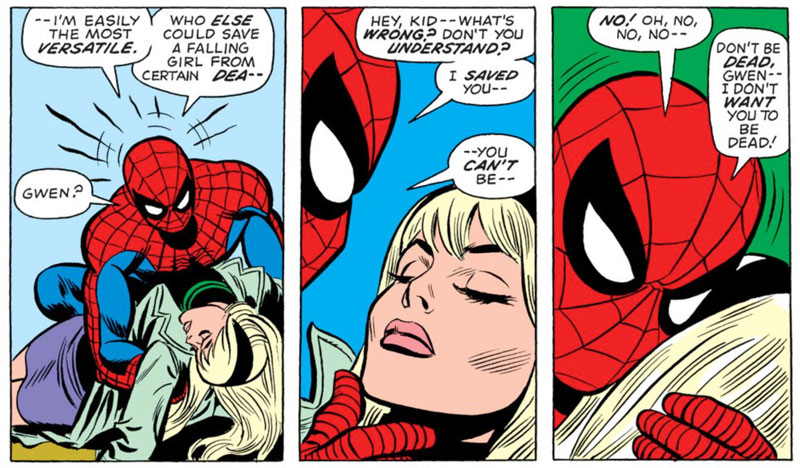 In Amazing Spider-Man #121, the Green Goblin kidnapped Peter Parker's then-girlfriend Gwen Stacy and dropped her off a bridge. Peter tried to save her, but when his webbing caught Gwen, the whiplash broke her neck, and she died instantly. 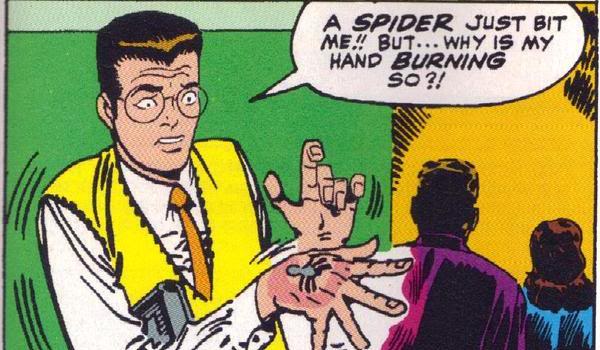 Flash Thompson was a star football player who mercilessly bullied his high school classmate Peter Parker but greatly admired Spider-Man, an irony in which the superhero took some gratification.

When Spider-Man was first offered membership in The Avengers, he was required to catch what super-powered being as a test? 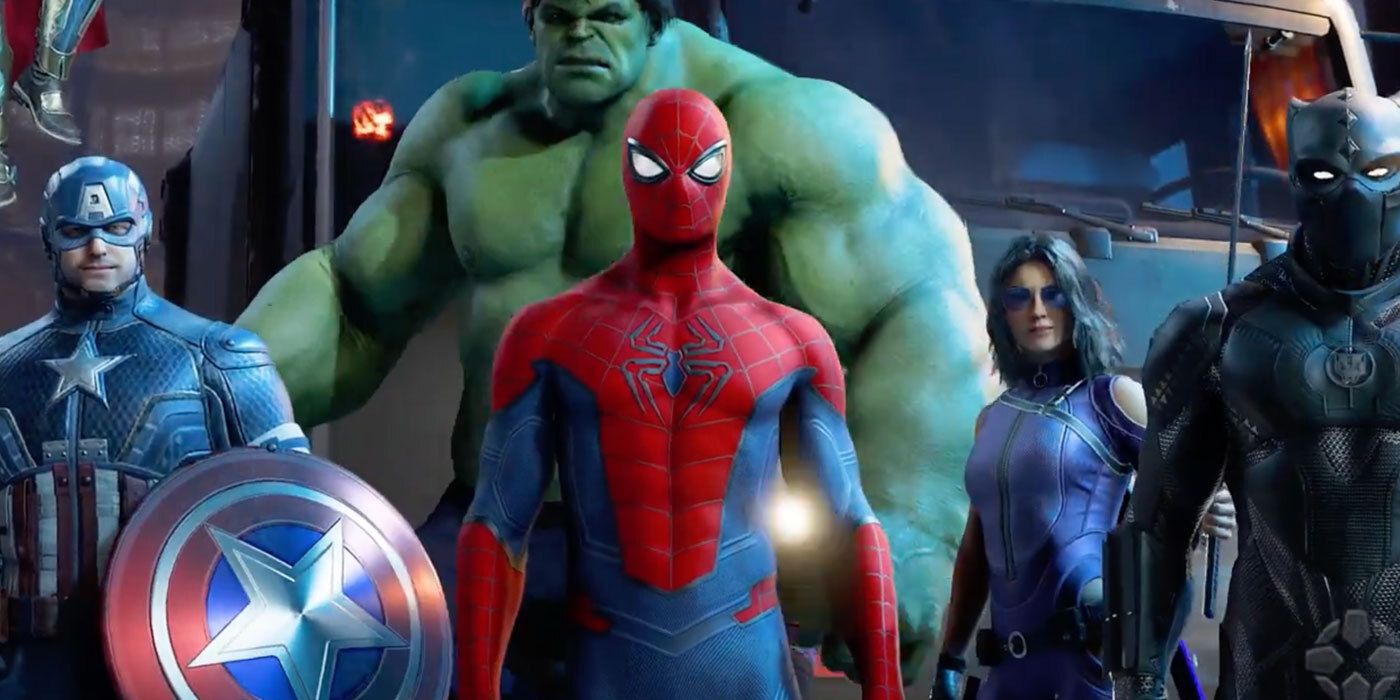 What did Spider-Man bring home from the first "Secret Wars"? 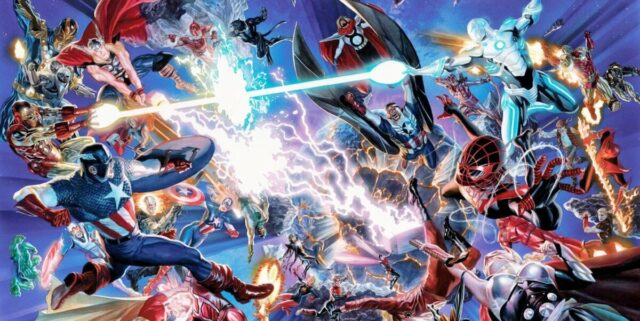 Spider-Man brought a new black costume back from the first "Secret Wars". Unfortunately, his nifty new threads turned out to be an alien symbiote that wanted to bond with him permanently! With Mr. Fantastic's help, Spider-Man was able to separate himself from the costume. Apparently feeling a little rejected, the symbiote would eventually bond with Eddie Brock and become the dangerous super-villain known as Venom.

Who was the guest speaker at Peter Parker's high school graduation?

When Peter Parker graduated from high school in Amazing Spider-Man #28, the guest speaker at his graduation ceremony was none other than Daily Bugle publisher J. Jonah Jameson.

Why did Stan Lee reject Jack Kirby as the original Spider-Man artist? 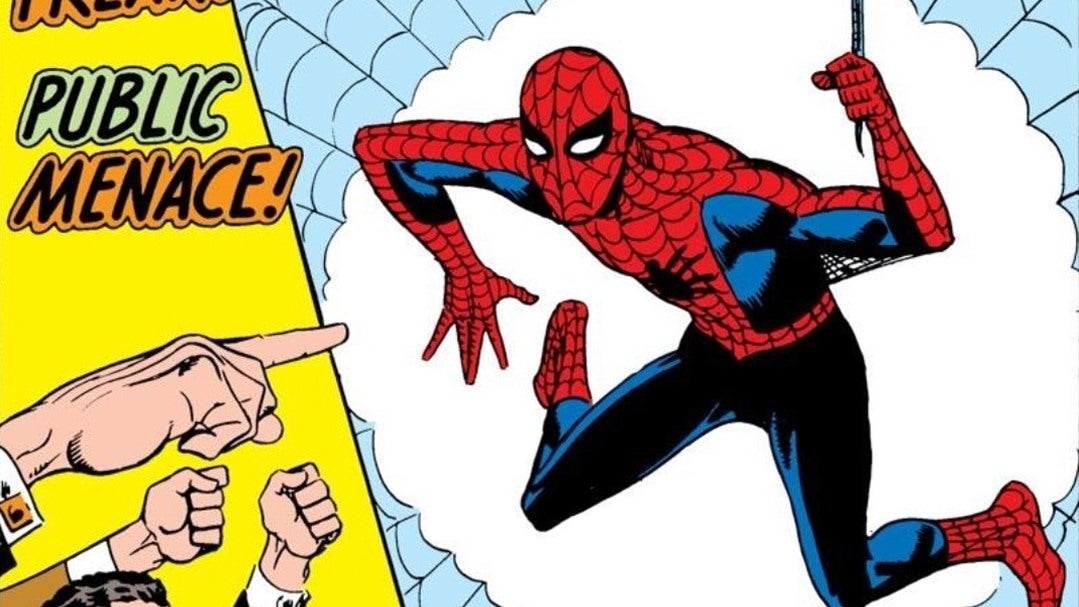 1. He was mad about a baseball game
2. He wanted too much money
3. His drawings were too heroic
4. He missed a deadline

When Kirby showed Lee the first six pages he'd drawn, Lee recalled, "I hated the way he was doing it! Not that he did it badly--it just wasn't the character I wanted; it was too heroic". Instead, Lee turned to Steve Ditko, who developed a visual style Lee found satisfactory.

What was the first Spider-Man spin-off series? 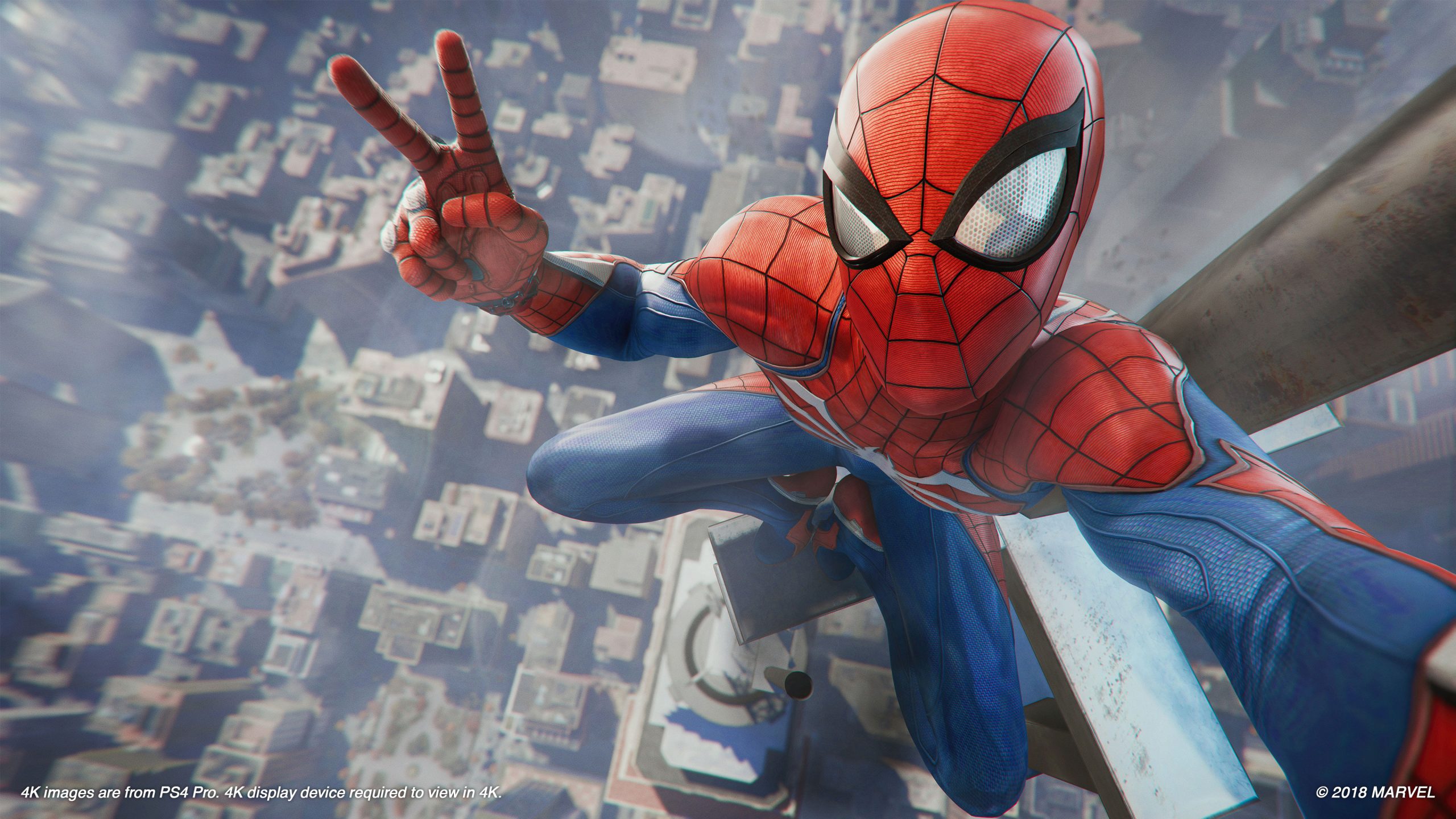 The Spectacular Spider-Man was a proto-graphic novel designed to appeal to older readers. It only lasted for two issues, but it represented the first Spider-Man spin-off publication.

In the comics, what color is Mary Jane Watson's hair? 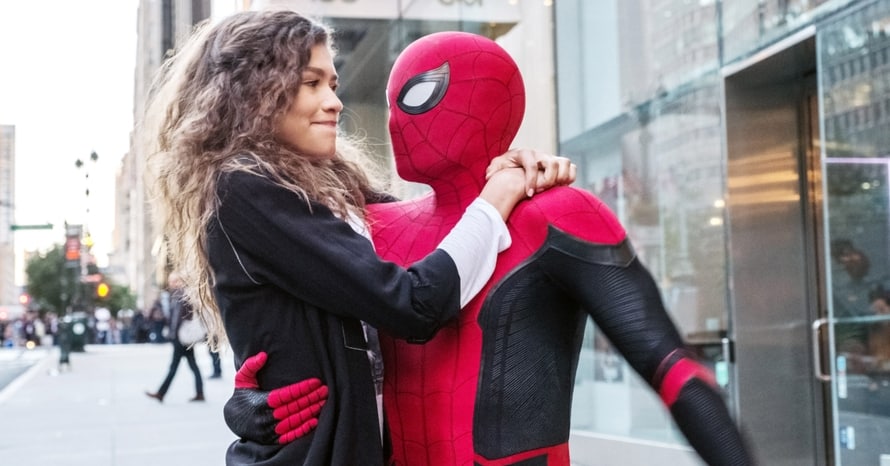 John Romita, Sr. has stated that in designing Mary Jane, Peter Parker's love interest, he took Ann-Margret from the movie Bye Bye Birdie as a guide, using her coloring, the shape of her face, and her red hair.

What was the name of Peter Parker's uncle?

Uncle Ben first appeared in Amazing Fantasy #15 (August 1962) and was killed in the very same issue. Although his history as a supporting character was very brief, the character is an overshadowing figure in Spider-Man's life and often appears in flashbacks. 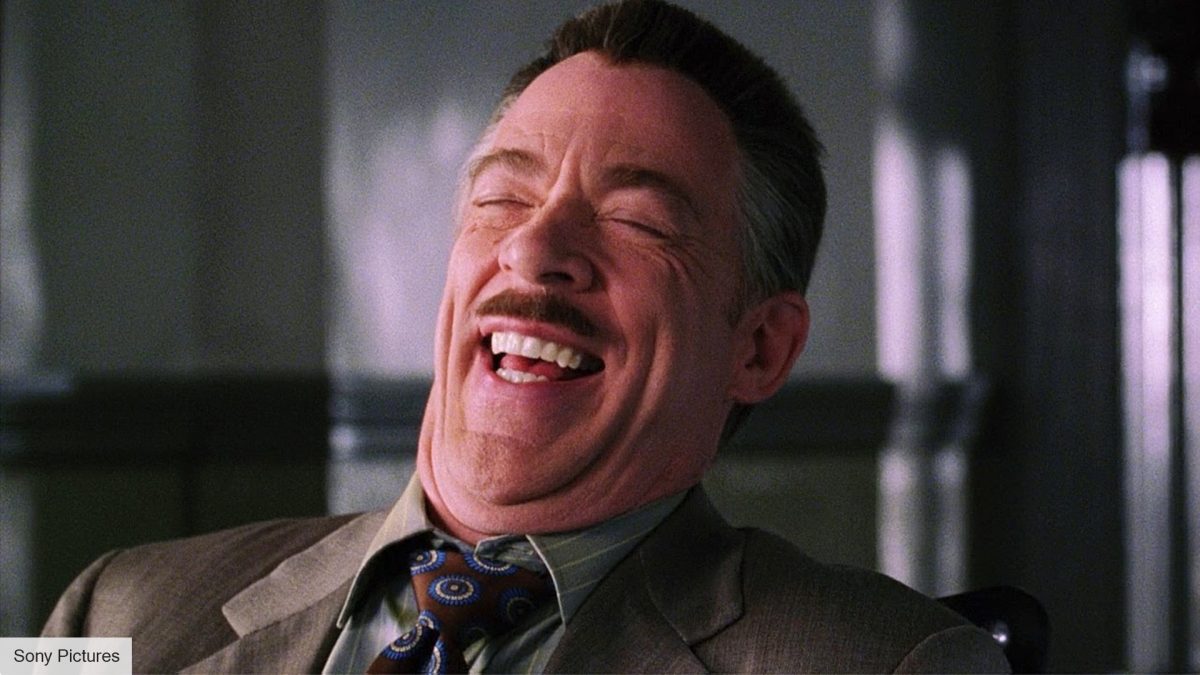 1. They had better lighting
2. Bannon was his nephew
3. They made Spider-Man look bad
4. They were cheaper

Jameson would typically accept Bannon's photos because they made Spider-Man look bad.

Which superhero convinced Spider-Man to reveal his secret identity to the public in Amazing Spider-Man #533? 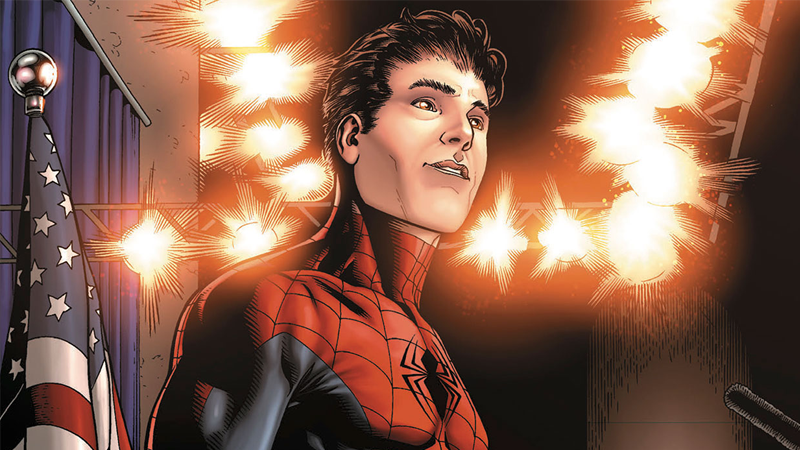 After Iron Man convinced him to reveal his identity to the public, Peter worried so much about his decision that he threw up in the White House bathroom.