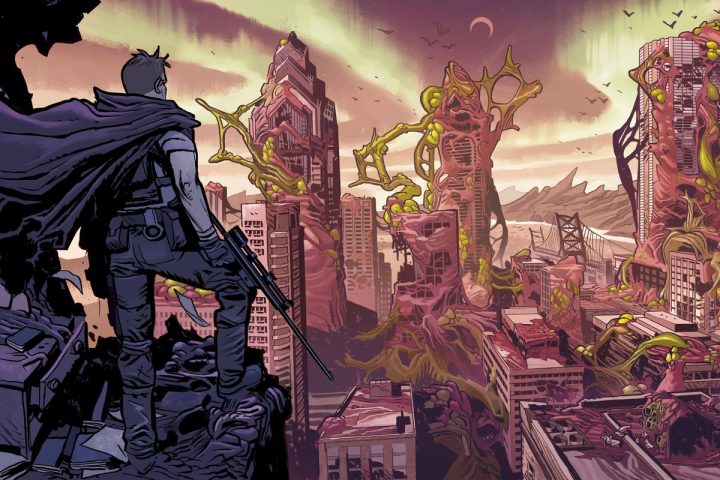 Oscar nominated actor Jake Gyllenhaal (Brokeback Mountain, Nightcrawler) has signed on to star in the big screen adaptation of the graphic novel Oblivion Song. The comic was created by Robert Kirkman and Lorenzo De Felici, and it has been picked up by New Republic Pictures. Gyllenhaal’s production company Nine Stories will produce the film with Riva Marker and Kirkman via his shingle Skybound Entertainment. Her’s the synopsis:

“Oblivion Song” chronicles Nathan Cole, a man who makes daily trips to try and rescue those still living in Oblivion, an apocalyptic hellscape in Philadelphia that was lost a decade prior, along with 300,000 of its citizens.

I have read OBLIVION SONG. It IS NOT a Graphic Novel. You can BUY it as a Graphic Novel now, but it was a COMIC BOOK SERIES. I read the first 24 issues (in 2018-2019) and I thought it ended. It was a complete 24 issue story arch that had a clear ending. But now I have seen that a NEW story arch was created in June of 2020. The comic book is still going, but ending in November 2021 at issue #36. A lot of people wanted this comic book adaptation to be done in a series, which I agree, but as far as Jake Gyllenhaal goes, he’s looking at a trilogy movie here. In any case, I really enjoyed what I read, and this will be a great movie adaptation.

Pixar Animation Studios’ “Dug Days” is a new collection of shorts that follows the humorous misadventures of Dug, the lovable dog from Disney and Pixar’s “Up.” Each short features everyday events that occur in and around Dug’s backyard, all through the exciting (and delightfully distorted) eyes of our favorite talking dog. Written and directed by Academy Award® nominee and Emmy® Award winner Bob Peterson and produced by Kim Collins, the shorts premiere exclusively on Disney+ on Sept. 1st 2021.

I love UP! and I love DUG, so I’ll be watching this. If you don’t like these characters, then you are a NAZI.

The marriage of Princess Diana and Prince Charles has long since grown cold. Though rumors of affairs and a divorce abound, peace is ordained for the Christmas festivities at the Queen’s Sandringham Estate. There’s eating and drinking, shooting and hunting. Diana knows the game. But this year, things will be
profoundly different. SPENCER is an imagining of what might have happened during those few fateful days.

Kristin Stewart is like a saltine cracker. White, plain and usually stale. Can she nail the accent? Who the fuck knows when she has ONE LINE in the trailer???!!!

The Power of the Dog

Charismatic rancher Phil Burbank inspires fear and awe in those around him. When his brother brings home a new wife and her son, Phil torments them until he finds himself exposed to the possibility of love.

I DRINK YOUR MILKSHAKE! 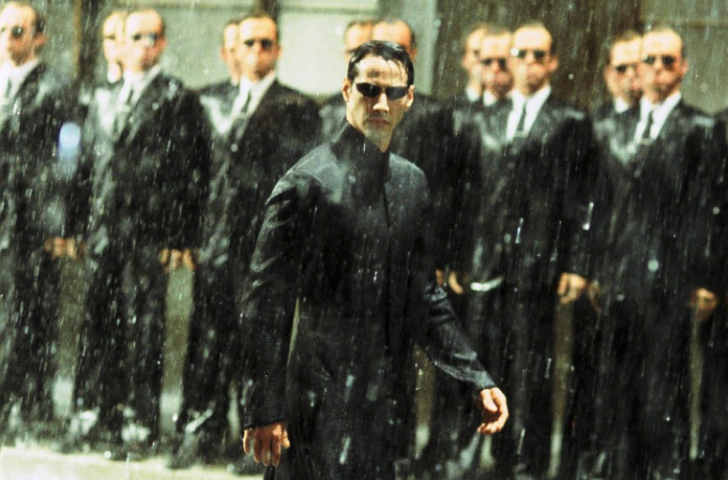 The Matrix 4 title is: The Matrix: Resurrections. The long-gestating installment, which sees Keanu Reeves and Carrie-Anne Moss back in their roles as Neo and Trinity. Here is the trailer synopsis:

The trailer opens with Reeves, going by his pre-Matrix name Thomas Anderson, speaking with his therapist, played by Neil Patrick Harris.

“Am I crazy?” he asks. “We don’t use that word in here,” Harris’ character replies.

Next, Neo’s saying hello to Trinity (Moss) in a cafe. “Have we met?” she asks. They don’t seem to remember each other.

He’s later shown taking pills and looking at himself in a mirror as Jefferson Airplane’s “White Rabbit” plays. Something is clearly off about his reality, and he knows it. Blue pills pour into the sink, and Neo sees a vision of himself turning into an old man in the mirror.

Then comes the action: We get all the jumping, twisting, slow-motion martial arts, and gravity-defying acrobatics synonymous with the franchise. Newcomer to the Matrixverse

“After all these years to be going back to where it all started… back to the Matrix,” says another new addition to the franchise, Jonathan Groff, as the trailer comes to an end.

GREAT. Let’s take an absolute PERFECT Sci-Fi movie, and make two more that suck my ASS. THEN, if that’s not bad enough, let’s drive the nail into the coffin by making yet ANOTHER one, twenty+ years later. (The Matrix: Resurrections will premiere Dec. 22.)

For those not familiar with the comics, having everyone on everyone on the planet forget that Peter Parker is Spider-Man happened after the events of Civil War. Tony Stark convinced Peter to reveal his identity because he was for the Hero Registration Act. Except in the comics, it was a deal with Mephisto, not Doctor Strange, and it had nothing to do with the multiverse. 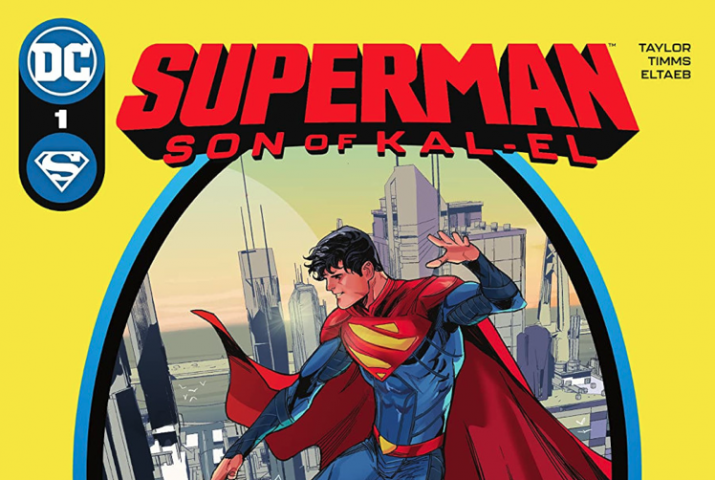 The news comes from former DC Comics artist Ethan Van Sciver who has been right about the direction of DC Comics in the past.

“DC Comics has had a lot of problems maintaining the trademark for Superman because you know, he’s old. He’s an old character, and the family would desperately like money because their family, their ancestors who created Superman got completely f’d over,” said Van Sciver. “I mean Superman has made billions and billions and billions of dollars in revenue and those two boys who made up Superman got ‘bupkis,’ they were Jewish, so they got ‘bupkis,’ they got nothing. Clark Kent I guess is going bye-bye and they are going to replace him with Jonathan Kent, and then they are going to announce that Jonathan Kent is gay. So Superman is effectively gay, everyone. He is gay.”

The former Green Lantern artist also said it will happen in the pages of Tom Taylor’s Superman comic book, Superman: Son of Kal-El, which was recently launched in July.

OF COURSE! Hey Comic Book writers… here’s a heads up. I NEVER, in my 40 years of comic book reading, have EVER cared about romance, who-is-dating-who or what. Comic books are made for BOYS and BOYS at heart (and SOME girls.) This is not a fucking Y.A. book. You want to make a gay character? Fine. WHY DO I HAVE TO KNOW? Am I gonna see bare buts of boys in beds? WHO WANTS TO SEE THAT? Dammit. Now I’m gonna have to start my podcast again! 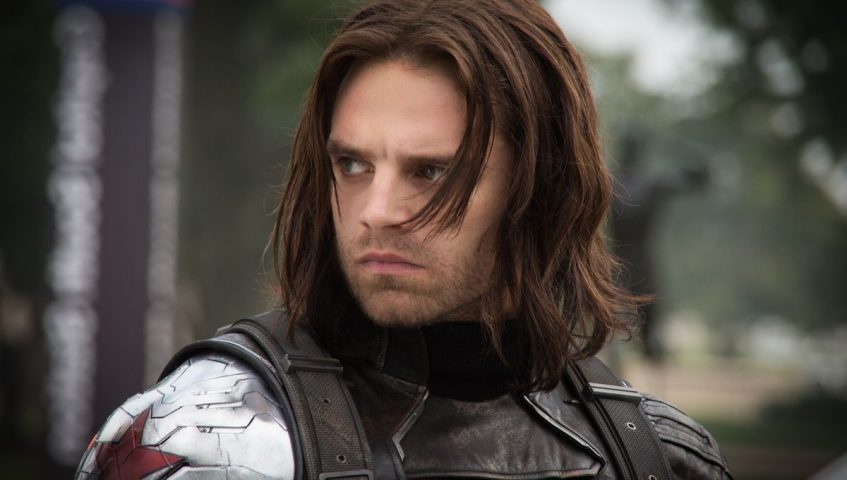 Captain America 4 is happening. For a while, there were a lot of questions around whether Anthony Mackie or Chris Evans would hold the shield for Marvel. It was just confirmed that Anthony Mackie has closed his deal and will officially be Captain America for the Marvel Cinematic Universe. According to GiantFreakinRobot.com, Sebastian Stan will in fact be returning as Bucky Barnes for Captain America 4.

Of course the Winter Soldier will be back, but when can we get the SUMMER Soldier? The gay Muslim sidekick? NOT ENOUGH WOKENESS PEOPLE! DO BETTER! 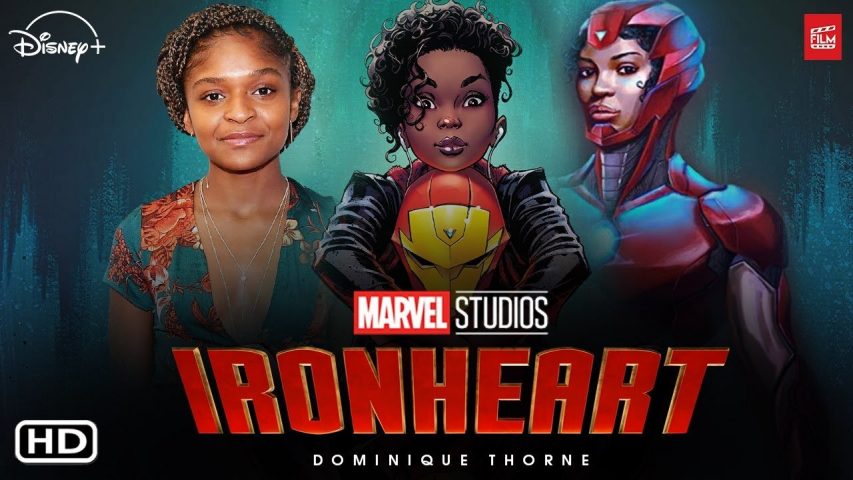 Dominique was already announced to be playing Riri Williams, aka superhero Ironheart, in the upcoming Disney+ standalone series Ironheart.

THE EYES OF TAMMY FAYE