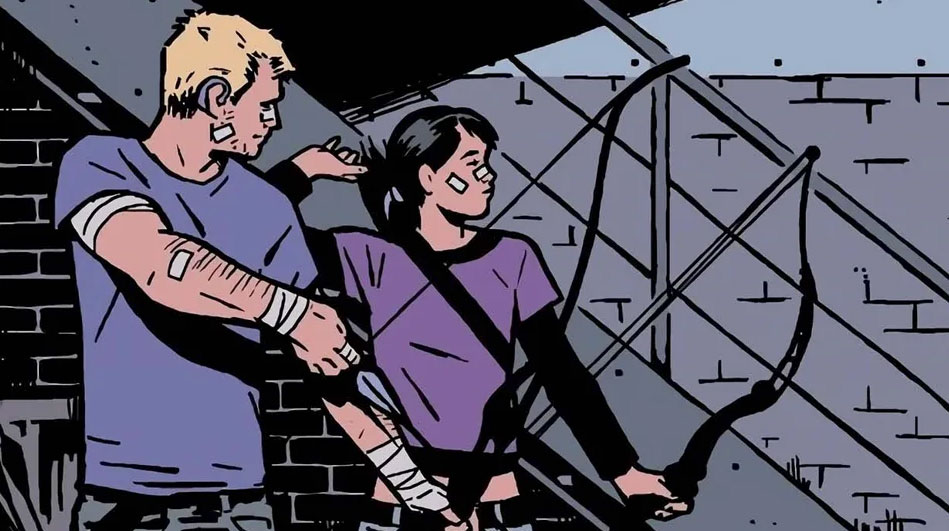 With set photos being dropped this week all around twitter, Hailee Steinfeld is confirmed as playing Hawkeye’s daughter, Kate Bishop, offered referred to as “Girl Hawkeye.

Kate Bishop’s Hawkeye character is well established in Marvel comics, and even had her own comic book series.

Hailee Steinfeld’s casting in the Hawkeye series has not been a well kept secret, reports of her involvement go back as far as September of 2019. With all the MCU character’s hanging up their tights already (Robert Downey Jr., Chris Evans) or going out soon (Scarlett Johansson), the MCU seems to be looking toward Phase 6 and beyond. In order to do that, they need to replace their current set of Avengers roster, with a new, younger set. Hailee Steinfeld is just the first of many, including hints at Ant-Man’s daughter taking over that role as Stature, and of course, Riri Willams (the African-American teen girl) taking over for Iron Man as Iron Heart. (With a possible RDJ voice or hologram as Iron hearts A.I.) And the MCU could always just go full Young Avengers and tack on Iron Lad & Hulkling to the mix. (See the Young Avengers gallery below.)

And in case your mind is not already spinning, this series is set in the future, 2025 to be exact… because it’s after the snap.

The Hawkeye series does not yet have a release date on Disney+.