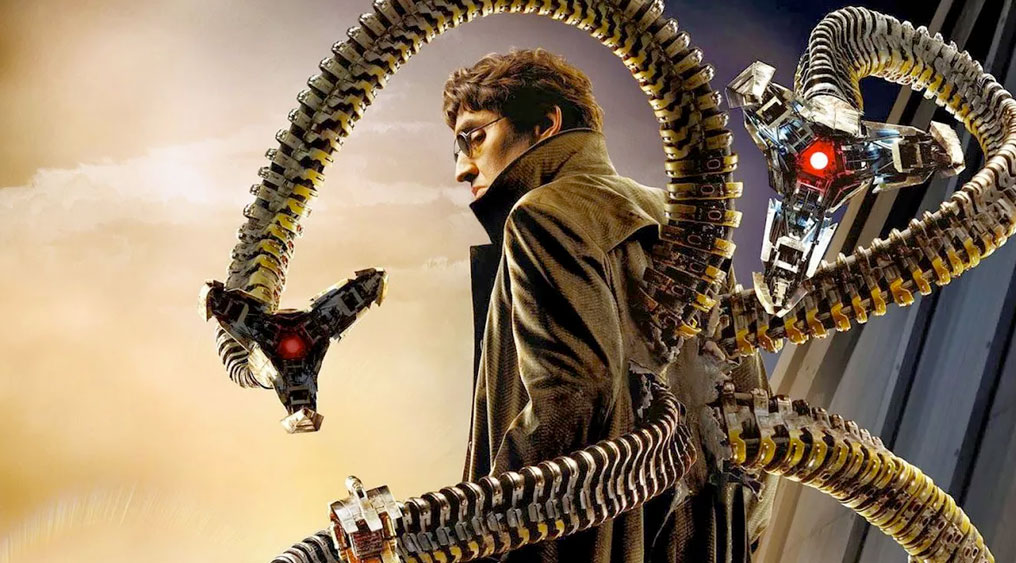 Alfred Molina is putting the metal arms back on to reprise his role as the villainous Doctor Octopus, sources tell The Hollywood Reporter.

The news supports the rumors of seeing Molina on set.

So what does this mean for an ALREADY packed movie with Jamie Foxx returning as a “non-blue” Electro? Well, it could point to an “Into the Spider-Verse” plot line that coverages multiple time lines converging, with Toby Maguire and Andrew Garfield appearing as their respective Spider-Mans.

Electro was a Garfield Spider-man villain, Doc Ock was a Maguire villain. All the pieces seems to be coming into place. It doesn’t take Spider Sense to figure this one out.

Update: A new report claims both Andrew Garfield and Kirsten Dunst will be reprising their past Marvel roles in the upcoming Spider-Man 3.