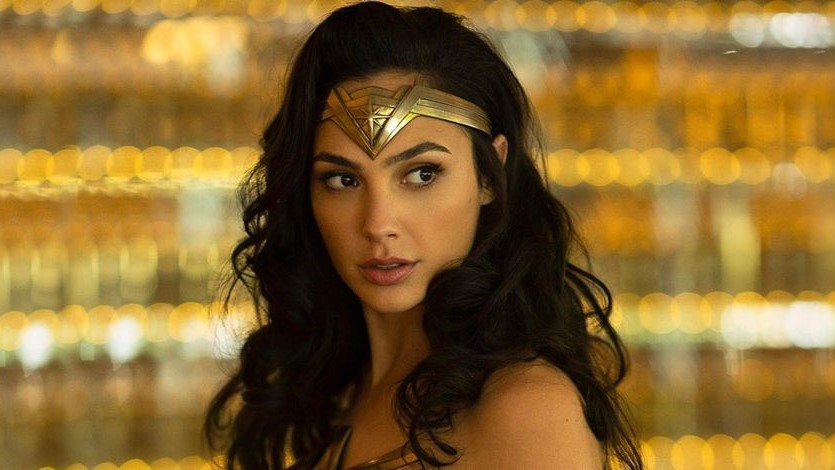 The best thing to happen to WW84 is that is premiered on HBO MAX to a audience starving for new content. Let’s face it, when you are starving, the worst burger in the world is satisfying, and you would bemoan about it not being filet mignon.

In that vein, you hear a lot of people saying they “had fun” watching this movie, and they wouldn’t be wrong. I’ve had fun watching tons of bad movies. Having fun doesn’t make a movie good, but a lack of a cohesive plot, over the top performances, tired character tropes, and really bad story telling makes a movie awful. Sadly, this is the case with WW84. Sometimes fun and endearing, but mostly boring and head scratching.

The best scene of the movie is the opening scene set in Themyscira. A young Diana is competing in an Olympic style games where she learns an important lesson that (kinda?) comes back later in the film.

The second scene in the film is set in a mall, which is fun, I just wonder why someone with her power set is busting some bumbling crooks in a mall. And that sets up the major problem with the film. It seems that nothing is explained, but just scenes written to explain the next scene, no matter how unbelievable. Steve Trevor trying on 80’s clothes and visiting the Space Museum was certainly a highlight, it’s too bad that the 80s wasn’t showcased more.

Gal Gadot shines as Wonder Woman, and after 5 films, she owns the character. Chris Pine is so likable as Steve Trevor and their chemistry together is undeniable. However, bringing Steve back puts chains on the emotional journey of Wonder Woman. It’s been 70 years since Steve has died, and now Diana Prince is right back where she was emotionally. Wonder Woman needs to move forward, not just rehashing this doomed love story over and over.

Wonder Woman kicks ass in the White House, and the Egyptian truck chase was done really well, although it might have taken a bit too much from Raiders of the Lost Ark.

And now for the bad:

In the first Wonder Woman it was about the Gods. We, as an audience, need to suspend disbelief and believe in Zeus the Greek God, and Ares, the God of War. Good or bad, this story needed to be told, mostly to explain how Diana Prince is not your typical Amazonian, but an actual Demigod. In this movie, the audience needs to throw away all logic and just throw up our hands and say “Oh well, it’s magic.” That never works, and it’s just bad story telling.

For some reason, the wishing elements of the film grants fantastical things to most people, when it comes to Diana wishing Steve back, he just can’t appear like magic. Instead, stealing from “Quantum Leap”, Steve’s soul(?) is somehow transported into another man. This sets up some major morality issues that could have been avoided with Steve just popping back into existence. And it would have been a more emotional goodbye if Steve had to leave in a bright light sequence, like GHOST.

However, with Steve using another body, Diana Prince just uses this poor guys body as a sex doll. Does this guy have a family? A girlfriend? A boyfriend? A JOB? If the genders were reversed here, the Twitter-sphere would have exploded by now.

The golden lasso seems to have gotten an upgrade. It can know grow to hundreds of feet, deflect bullets, and it can now show people the past. The rope isn’t the only upgrade, it seems that Diana Prince can now make things invisible and she can now FLY. Perhaps fly is too strong of a word, since we never see her take off from the ground of her own volition, maybe she can only glide?

4. Disconnect from the DCU.

If we fast forward 25 years to Justice League, Wonder Woman seems to have lost her new powers, not staying in the shadows, and no ones seems to mention that world-wide magic event that happened in 1984. I may be nit-picking here, but if you are making a movie set in the DCU, you kinda have to acknowledge continuity.

No emotional punches seem to land, anywhere. From the first appearance of Wonder Woman, to Steve Trevor coming back, to the fireworks jet flight, to Steve’s sacrifice, nothing landed for me. This had to do with the complete lack of pacing for the film, and a script that was pedestrian, to say the least.

Kristin Wigg is a great talent, but this is just a tired character that has been used so many times in superhero films. The geeky nerd that get’s no respect that turns into a psychotic hottie. (Selina Kyle anyone?). And the CGI of Cheetah was an EPIC FAIL. I’ve seen better CGI on You Tube films with a shoe string budget. I can only imagine that the film makers knew it was bad, and instead of fixing it, they just made it DARKER.

I could go on, but I’ll stop here. I love Gal Gadot as Wonder Woman, and I think Patty Jenkins is a talented director, but this movie is just BAD. The script needed at least 2-3 more rewrites, if not a total redo. The film is choppy, too many unanswered questions, and a simplistic storyline that never satisfies.

On the big screen, some of my problems with the film may have been forgiven, with big screen action sequences, but there are just too many problems.

And now for another opinion from fan James H.:

First off the special effects in the movie could’ve been better, there was quite a bit of romance and thought it needed a litter bit more action considering the movie is 2 hours an 32 minutes long.

And as for the negative points of the movie people been saying online like it’s pandering to feminism/sjw crap is bs and the villain Maxwell Lord is only like Trump in having the same hairstyle, other than that he’s nothing like him. Negative reviews of this movie are simply clickbait for this stupid culture War nonsense.

Overall I’d say the movie is worth a strong rent 7.5 it’s not as good as the first Wonder Woman movie unfortunately. Oh there is a bonus mid credit scene possibly alluding to a sequel.

I will say this the main villain is not Hades or the legitimate comic version of the villain he’s a little bit different in the movie. Also there’s a 2nd villain if you saw the movie trailers you know who it is.